Hafnium is a chemical element with symbol Hf and atomic number 72.

A lustrous,silvery gray, tetravalent transition metal,hafnium chemically resembles zirconium and is found in many zirconium minerals .

Its existence was predicted by Dmitri Mendeleev in 1869, though it was not identified until 1923, by Coster and Hevesy, making it the last stable element to be discovered.

Hafnium is named after Hafnia, the Latin name for Copenhagen, where it was discovered

Hafnium is a shiny, silvery, ductile metal that is corrosion-resistant and chemically similar to zirconium (due to not only to its having the same number of valence electrons and being in the same group, but also to relativistic effects).

The physical properties of hafnium metal samples are markedly affected by zirconium impurities, especially the nuclear properties, as these two elements are among the most difficult to separate because of their chemical similarity.

1. Used for atomic energy industry and the aerospace industry.

2. Hafnium is used in alloys with iron, titanium, niobium, tantalum, and other metals.

3. Hafnium-based compounds are employed in gate insulators in the 45 nm generation of integrated circuits from Intel, IBM and others.

4. Isotopes of hafnium and lutetium (along with ytterbium) are also utilized in isotope geochemistry and geochronological applications.

6. The nuclei of several hafnium isotopes can each absorb multiple neutrons.

7. Used in filaments and electrodes.

Excerpt from ERG Guide 135 [Substances – Spontaneously Combustible]: Fire will produce irritating, corrosive and/or toxic gases. Inhalation of decomposition products may cause severe injury or death. Contact with substance may cause severe burns to skin and eyes. Runoff from fire control may cause pollution. (ERG, 2016)

Hafnium can be absorbed into the body by inhalation of its aerosol.

If material on fire or involved in fire: Use suitable dry powder. … Use dry chemical or carbon dioxide. … Use water only if flooding quantities are available. Hafnium powder, dry

Excerpt from ERG Guide 135 [Substances – Spontaneously Combustible]: Flammable/combustible material. May ignite on contact with moist air or moisture. May burn rapidly with flare-burning effect. Some react vigorously or explosively on contact with water. Some may decompose explosively when heated or involved in a fire. May re-ignite after fire is extinguished. Runoff may create fire or explosion hazard. Containers may explode when heated. (ERG, 2016)

Remove all ignition sources. Evacuate danger area! Consult an expert! Personal protection: particulate filter respirator adapted to the airborne concentration of the substance. Wet powder to prevent dusting and ignition. Sweep spilled substance into covered water-filled containers. Then store and dispose of according to local regulations. Do NOT wash away into sewer. Do NOT absorb in saw-dust or other combustible absorbents.

Remove all ignition sources. Evacuate danger area! Consult an expert! Personal protection: particulate filter respirator adapted to the airborne concentration of the substance. Wet powder to prevent dusting and ignition. Sweep spilled substance into covered water-filled containers. Then store and dispose of according to local regulations. Do NOT wash away into sewer. Do NOT absorb in saw-dust or other combustible absorbents.

Persons not wearing protective equipment and clothing should be restricted from areas of spills until cleanup has been completed. 1. Ventilate area of spill. 2. Collect spilled material in most convenient and safe manner and deposit in sealed containers for reclamation, or for disposal in secured sanitary landfill. Liq containing hafnium…should be absorbed in vermiculite, dry sand, earth, or similar material.

NO open flames, NO sparks and NO smoking. Do NOT expose to friction or shock. Closed system, dust explosion-proof electrical equipment and lighting. Prevent deposition of dust.
Handling in a well ventilated place.
Wear suitable protective clothing.
Avoid contact with skin and eyes.
Avoid formation of dust and aerosols.
Use non-sparking tools.
Prevent fire caused by electrostatic discharge steam.

The substance may ignite spontaneously on contact with air. May decompose on shock, friction or concussion. May explode on heating. Reacts violently with halogens, strong acids and strong oxidants. This generates explosion hazard.

The substance may spontaneously ignite on contact with air and at higher temperatures with nitrogen, phosphorous and sulphur. /Hafnium powder, wet or dry/Dust explosion possible if in powder or granular form, mixed with air.Metals, such as HAFNIUM METAL(reactivity similar to zirconium), are reducing agents and tend to react with oxidizing agents. Their reactivity is strongly influenced by their state of subdivision: in bulk they often resist chemical combination; in powdered form they may react very rapidly. Thus, as a bulk metal it is somewhat unreactive, but finely divided material may be pyrophoric. The metal reacts exothermically with compounds having active hydrogen atoms (such as acids and water) to form flammable hydrogen gas and caustic products. The reactions are less vigorous than the similar reactions of alkali metals, but the released heat can still ignite the released hydrogen. Materials in this group may react with azo/diazo compounds to form explosive products. These metals and the products of their corrosion by air and water can catalyze polymerization reactions in several classes of organic compounds; these polymerizations sometimes proceed rapidly or even explosively. Some metals in this group form explosive products with halogenated hydrocarbons.

Although /hafnium/ is relatively inert, when powdered it becomes very reactive. The dry powder may react explosively at elevated temperatures with nitrogen, phosphorus, oxygen, sulfur and other non-metals. The halogens react similarly, and in contact with hot concentrated nitric acid and other oxidants it may explode (often after a delay with nitric acid). The powder is pyrophoric and readily ignitable by friction, heat or static sparks, and if dry burns fiercely. Presence of water (5-10%) slightly reduces the ease of ignition, but combustion of the damp powder proceeds explosively (the oxygen content of water, 89%, being much higher than that of air).

May explosively decompose on shock, friction, or concussion. Hafnium powder

Insufficient data are available on the effect of this substance on human health, therefore utmost care must be taken.Powder is normally handled wetted with no less than 25% of water to reduce the fire and explosion risk. UN number 2545 is for dry powder, according to the specification of the powder Packing Group can be either I, II, or III. The GHS classification will also vary according to the specification of the powder. Other UN number is: 1326 HAFNIUM POWDER, WETTED with not less than 25% water; class 4.1; packing group: II. 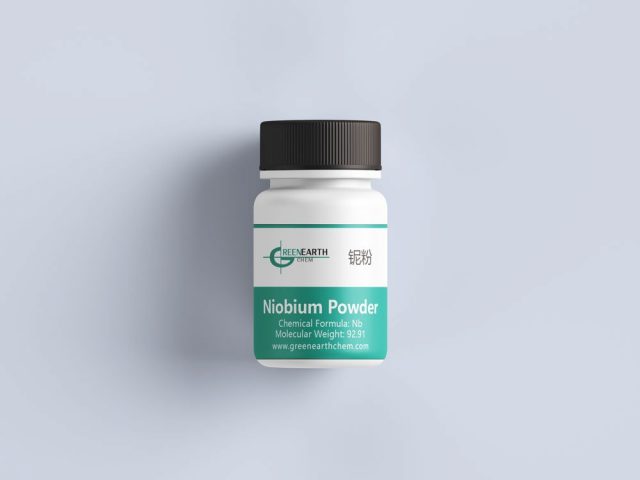